This page contains original animation art, prints, lithographs, etc. As I continue to sort through my stock I will update these pages with new items.  All items are subject to prior sale; if you have questions please feel free to contact me. Wherever possible I will try to combine shipping, and if your shipping cost is less than what you paid, I will refund the difference. Hope you find something you've been looking for!
NOTE:  Shipping costs are calculated for US addresses only.  If you live outside the US, please contact me for a shipping quote PRIOR to paying. 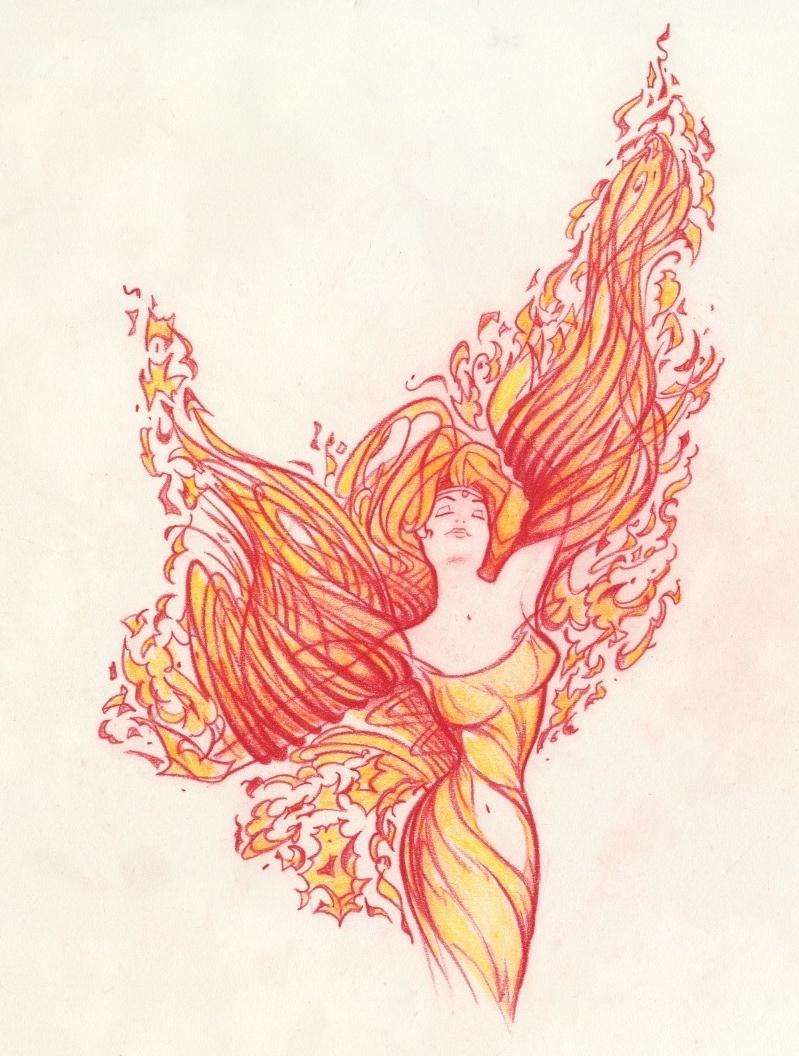 This exquisite effects animation drawing of Esmerelda, the gypsy woman who befriends Quasimodo and sparks lust in Judge Frollo, was created by Disney animator Chris Jenkins for the dramatic "Hellfire" sequence in the animated feature based on the novel by Victor Hugo. It is an animator’s extreme drawing with grid drawn at right.

The success of Oliver & Company (1988), Who Framed Roger Rabbit (1988), The Little Mermaid (1989) and subsequent films led Disney to expand its Feature Animation staff and production schedule. At the same time the studio decided to explore new and more-mature story lines; in this regard, The Hunchback of Notre Dame was its most ambitious effort. Victor Hugo's story incorporated themes novel to commercial feature animation, and Disney's filmmakers did not shy away from them.

In The Art of The Hunchback of Notre Dame by Stephen Rebello (page 148), art director David Goetz states that in Judge Frollo's "Hellfire" musical number the animators would "very consciously retain the sexual tension around which the book seems to revolve." Nightmarish visions of hooded devils are juxtaposed opposite the alluring vision of Esmerelda dancing in the flames of a roaring fire. Special effects supervisor Chris Jenkins stated that the spectral Esmerelda dancing within the flames is "the essence of animation—moving shapes and flickers of light to so engage the audience that you suggest in their minds many things at once: a literal fire, a dance, a character, a feeling of sensuality." Three (3) of Mr. Jenkins' effects drawings of Esmerelda from these scenes are reproduced on the same page from which these quotes are drawn. This is a striking original drawing by a mature and confident artist.

The animator wrote the designations "EFX" at upper left and "E3" at lower right to indicate this original's place in the scene.
$1000
SOLD 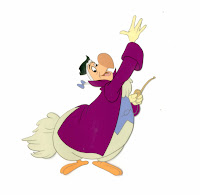 Original production cel of the Dodo, in a rare full figure.  Image size approximate 4x5.  Excellent condition, slight cel loss at upper edge where it had at one point been stapled to something, but in no way affects the image.  Cel could easily be trimmed to remove this damage.  $475