Will the foreign Little Golden Books never cease?!  Another new discovery, this White Rabbit from Spain.  Part of the Pequeño Libro Dorado (little golden book) series, this is #3.  There are no other Alice titles listed in that series. 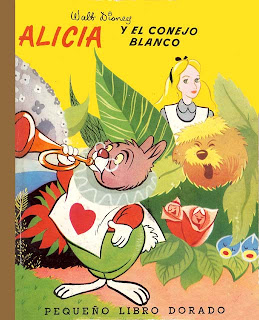 Looks like this White Rabbit is more like a Pink Rabbit, maybe he's blowing too hard on his trumpet.  Satchmo he ain't... 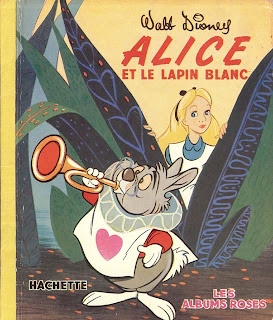 This edition resembles the French version, although the rendering on the French is much nicer.

I've always liked this flyer, it promotes the three new attractions for 1958 including the Alice dark ride.

This details shows a happy family in the Caterpillar car on their way to Wonderland.  Wonder who did this rendering? 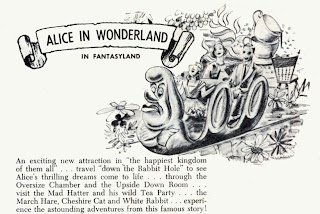 Part 4 featuring Alice on the Sea of Tears and the Caucus Race with the Dodo, and we meet Tweedledee and Tweedledum. 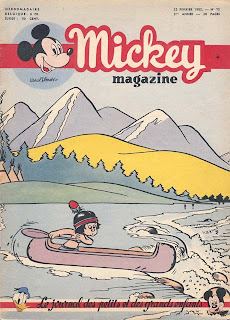 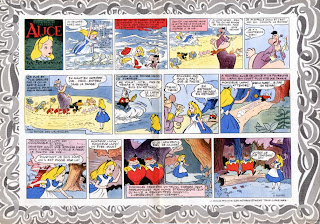 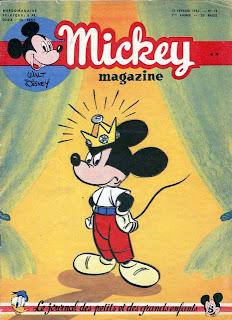 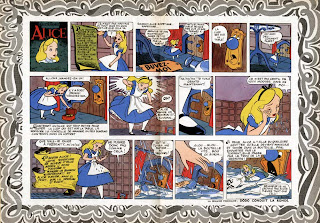 Happy Valentine's Day - 1960s Valentine with Alice and the Caterpillar

Wishing everyone a Happy Valentine's Day, and hoping you are spending it with loved ones. 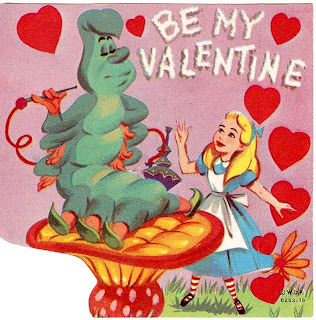 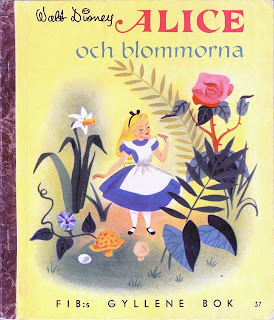 #37 in the same series as yesterday's book.  Notice that this has the same cover as the edition from Norway.

Apparently there is some confusion on these books, this is the Swedish version of Alice Finds the Garden of Live Flowers as published in the US. 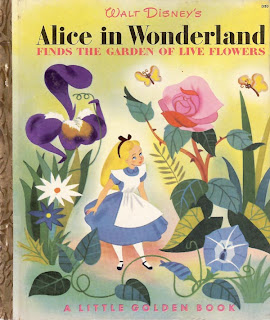 Boy, this is a banner year for discovering new editions of the Little Golden Books.  Today's latest discovery is from Sweden, and bears a gift inscription on the inside front cover of November 25th, 1952.  This is the White Rabbit LGB, and the series title (FIB:s Gyllene Bok) translates loosely to People and Pictures:  Golden Book. 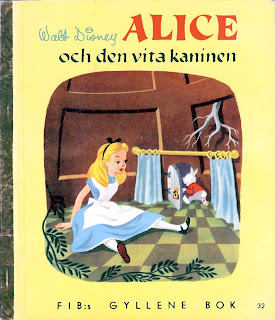 This title is #32 in the series, and according to Wikipedia there were no original Swedish titles, all were translated from the US editions.

Apparently there is some confusion on these books, this is the Swedish version of Alice Meets the White Rabbit as published in the US. 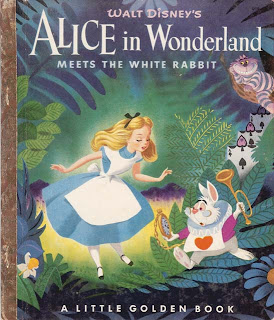 Part 2 of the adaptation, with Alice down the rabbit hole and encountering the doorknob and the Drink Me bottle. 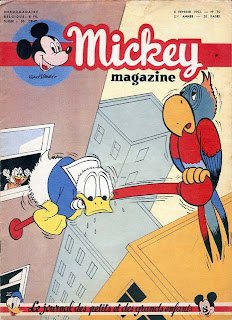 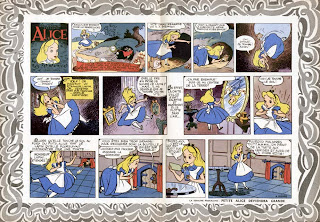 Alternately known as Gund Soft Toys or Gund Stuffed Toys, Gund produced a set of three dolls of the Mad Hatter, March Hare and White Rabbit for the original release of Alice in Wonderland, pictured here in the campaign book.

Oddly, while the CMD has a page for the Gund Stuffed Toys, it does not picture these three like the campaign book does, but rather pictures a concept image of an unproduced Alice doll. 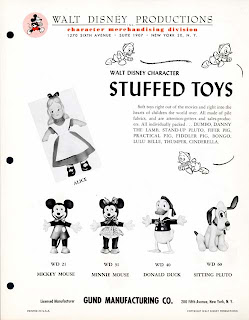 By the time the August issue of Playthings was published, they had dropped the Alice and you see the three characters as produced. 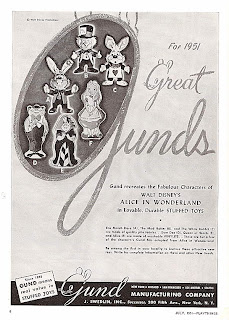 It has been my experience that for whatever reason, the March Hare is the most common of the three, although his construction tends to produce a hole in his left foot (as pictured) from the wire armature.  His ears also have wire armature and they can be posed. 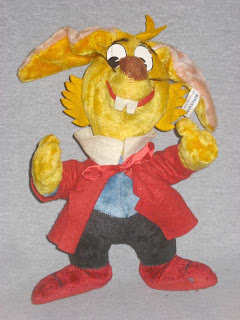 The White Rabbit is of similar construction, and although pictured with a red heart on his chest in all the advertising, it is not always present.  The examples I have seen with the heart have always seemed to me to have been handmade rather than factory made. 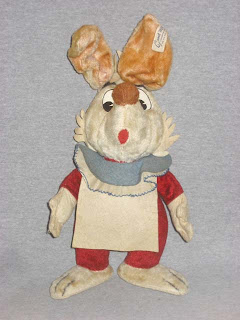 The Mad Hatter is the most difficult to find, primarily because of his hat being a separate, and easily lost, piece.  Not to mention that the 10/6 tag is made of really cheap paper and is seldom found . 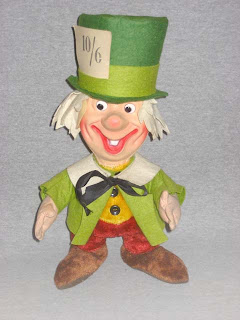 I must say that the rabbits look pretty good, but the Mad Hatter is a little scary.  I'm fairly certain that the Alice would have been quite frightening if it had been produced.
Posted by Matt at 12:01 AM 3 comments

In the immortal words of Robin the boy-wonder..."Holy Crap Batman!" 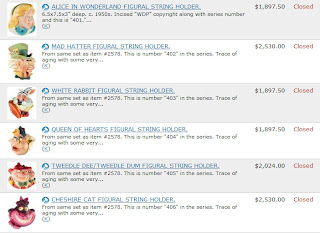 Talk about impressive!  Hake's Americana just got $12,776.50 for a complete set as described in this series of posts.  Thank goodness I already have them!
Posted by Matt at 1:40 PM 2 comments

The first installment of the Alice in Wonderland adaptation in Mickey Magazine appeared in this issue, lasting 18 issues. 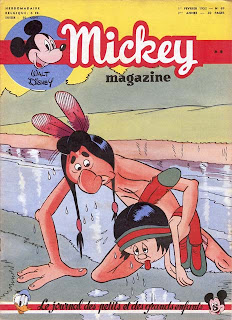 This week's installment features Alice and her sister, and of course we meet the White Rabbit for the first time. 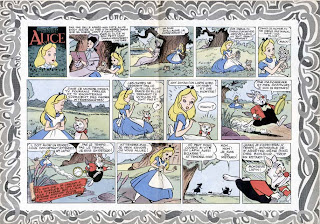 Stay tuned each week for the latest installment!
Posted by Matt at 12:01 AM 1 comments