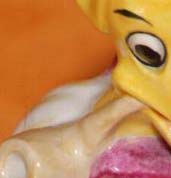 I'll be posting some exciting new things beginning in July, stay tuned!  And check out my eBay auctions if you have a hankering to support my quest to acquire everything Alice (well, almost everything), so I can share it with you right here!  I've been selling everything but the kitchen sink to bring you the finest in Vintage Disney Alice.
Posted by Matt at 12:00 AM 1 comments

Email ThisBlogThis!Share to TwitterShare to FacebookShare to Pinterest
Labels: Auctions

I love local advertising, and in the 1950s it seems that almost every local theater created these heralds or flyers advertising what was coming to the theater in the coming weeks.  Can you even imagine a time without Rotten Tomatoes or Apple Trailers? 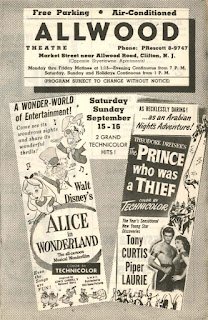 What's also interesting to see in these old flyers, is that it was very unusual for a single film to last more than a few days at the theater.  There was a constant stream of new pictures to exhibit, and if you missed it, you were SOL. 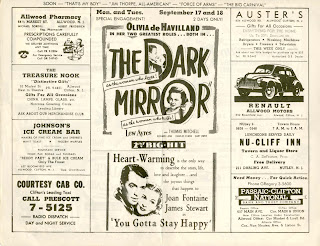 The back of this one has one of my favorite titles, "Rich, Young and Pretty." 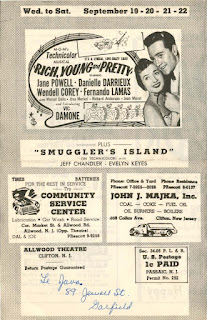 OMG (to use the vernacular), who in the world knew this existed?  A Zaccagnini of the Accordian Owl, one of the MANY Tulgey Wood creatures from the Disney film.  Amazing! 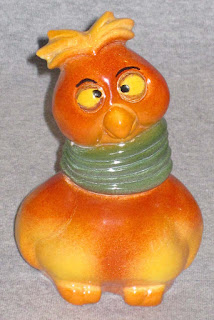 I could not believe my eyes when this crossed my path, so of course I had to share it with you, my faithful readers! 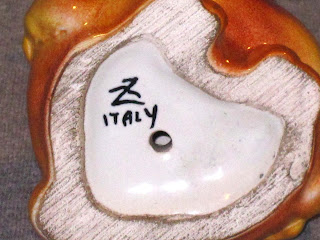 The mind reels at the potential scope of the full Z set for Alice.  Even a cursory count yields 40 characters, and that doesn't even touch the denizens of the Garden of Live Flowers!
Posted by Matt at 12:00 AM 3 comments

And so we have reached then end of our series with issue 621, Mickey and Goofy still clowning around, and continuing on for who knows how many more issues, sorry about that. 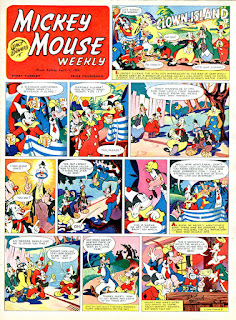 The Unicorn wants to fight, and Alice directs him to the Walrus as it is he that has stolen the White King's crown. 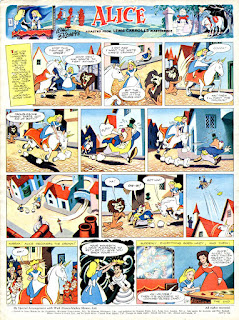 Alas, we see Alice 'crowned' of sorts, but only because she happens to be underneath the crown when it falls.  And then she wakes up.

All in all, not a bad story, but of course not very faithful to the original, the film was more faithful to Wonderland than this is to Looking Glass.  Still, a lot of fun.

Mickey Mouse Weekly was published for something like 22 years from 1936-1957.  There are these two Alice adaptations, and later there was a series of strips with the Walrus and Carpenter.  I have a few of those, but I have no idea how many were produced.
Posted by Matt at 12:00 AM 1 comments