This is a repost from the first year of the blog, but is one of my favorite things of all time because it combines my birthday and Alice.
--
The first time I saw this I just about died. This piece of Alice ephemera has me written all over it. You see, my birthday is today, Halloween, and what better gift for me than an obscure piece of vintage Alice paper with a Halloween theme. 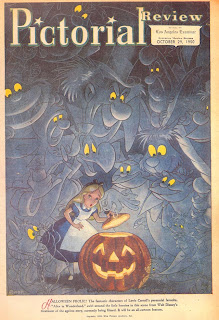 What this is, is a newspaper supplement from 1950 (nearly a full year before the film's release) called Pictorial Review, dated October 29th, 1950. Pictorial review is one of several newspaper supplements of the time that appeared in (usually) the Sunday paper. These kind of supplements still exist today, but I don't think this particular one does.

I'd love to find the original art on this...perhaps for my birthday next year.
Posted by Matt at 1:06 PM 2 comments

This coming weekend is the Fall Meeting of the Lewis Carroll Society of North America, this time taking place at USC in Los Angeles.  We'll be in attendance, lots of great topics this time, so if you are in the area come on by!  It is open and free to the public.  Details here.
Posted by Matt at 12:55 PM 0 comments

Given all the rain we've been having here in NoVA recently, umbrellas have been on my mind, so why not have some more umbrella posts?  Surprising as the umbrella previously posted here was, more  surprising is that there were two different companies that manufactured an Alice umbrella for the original release.  This image from the campaign book shows the umbrella made by Louis Weiss Umbrellas Inc. 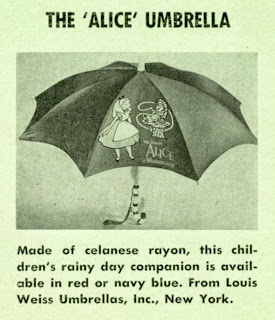 And here we see it in my dining room.  I do like the bright red color, I don't think this umbrella ever saw any use the color is so bright. 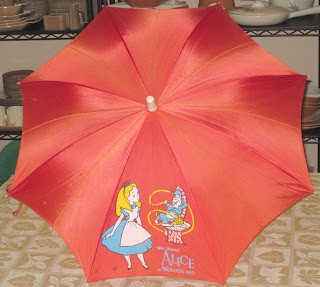 And the screen printed image of Alice with the Caterpillar is so clean and complete. 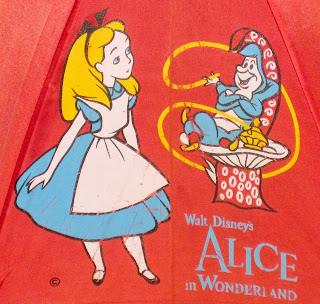 Our Own Little Piece of Wonderland

Some of you may have noticed a distinct lack of posts in recent months.  Most of that time has been spent in pursuit of something truly cool, something that began all the way back in June at the Dayton Disneyana Show, something I can now share with you! 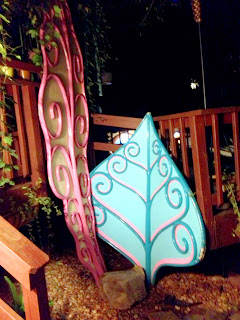 Welcome to Wonderland!  We have actual attraction leaves!!  How cool is that?  It was a long process, starting with paying for them (hence the massive eBay sales lately), and a whirlwind flight to Orlando.  Which was delayed.  Three hours.  We were so late that we were the only flight on the board.  Joy. 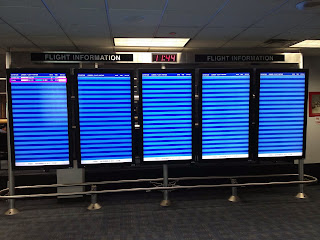 Once we arrived in Orlando, off in a cab to our airport hotel.  Apparently our cab driver didn't understand the concept of the airport hotel, and started driving us off to the other side of Orlando.  So that delayed us yet another hour.  Then we were given a hotel room that was already occupied.  That was embarrassing.  When we finally got to our room, it was 4:20am.  Finally, some sleep.  Until the fire alarm went off at 5:10am.  And again at 5:15am.  Apparently the kitchen staff were unclear how to make toast. 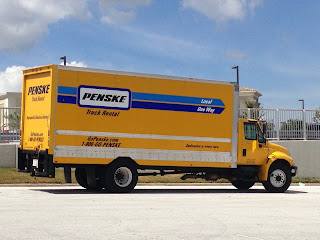 But at 9am we were off to the truck rental to get our truck.  It was a monster!  22 feet of rumbling diesel machinery.  Then off to Theme Park Connection, our purveyor of Alice leaves.  Four of them to be exact - two from the outside, two from the inside. 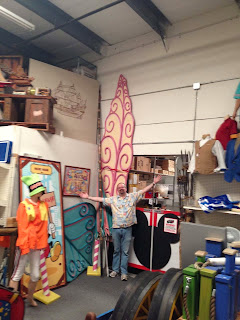 This is me in front of the big pink one in the warehouse.  BTW, Theme Park Connection is a very cool place.  If you are ever in Orlando and have a chance to go there, you should.

So we loaded up the leaves (and a bunch of other stuff, how could we resist?) and headed off to Virginia!  and 15 hours later, we pulled up to our house (at 3am), and our 30 hour odyssey was at an end. 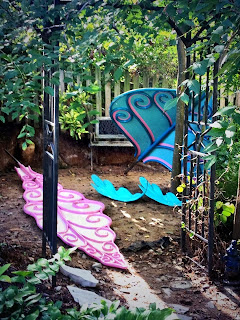 This is a picture of all four right after we unloaded them.  The two interior leaves are still not installed, we are not sure if they can withstand the elements of Northern Virginia, they may have to be a part of the Tulgey Wood, the collection room inside the house.

A recent discovery, what appears to be another pin from the same English maker of the Alice pin I posted about here. 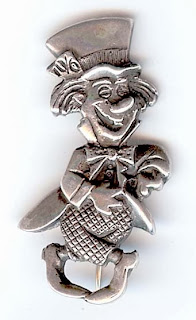 Similar in size to the Alice, this Mad Hatter is 1 5/8 inches tall and is equally well rendered as the Alice. 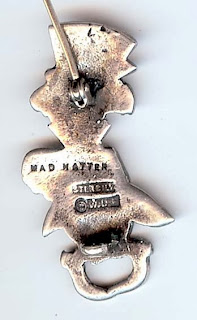 Similar markings on the back as with the Alice, the name (Mad Hatter) and the hallmark (Ster Silv) and © WDP.  I would love to know how many characters they made, and who the maker was.
Posted by Matt at 12:00 AM 0 comments

So yeah, I've got this, nearly 10 yards of the pink Flexton material 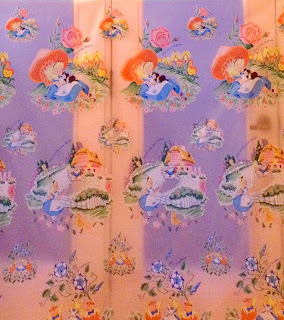 This is the item that caused most of the ribbing from my friends and family.  Something about using it to make my burial shroud in my Vinyl resting place, as I head off to my Vinyl reward.  Nice.

The fabric has all 3 designs in both sizes, so all items were made from this single roll of fabric.  Sorry for the crappy picture, I'll try to get a better one later.