As I continue to unearth items from the Tulgey Wood as part of the writing process, I have begun scanning the vast numbers of magazines in the collection - both to index and catalog them for my research, and to prepare the images for inclusion in the book.  A recent example is probably the most well-known cover from the original release, that of Screen Stories from August of 1951. 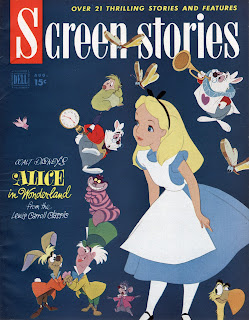 The is everything you could want in a cover:  bright colors, lots of characters, very little text to interfere with the images.  The only way you could improve upon it was if you used new bespoke art rather that the standard set of images used by nearly everyone.  But who am I to complain, it is a great cover! 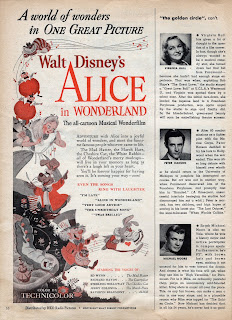 The interior contains a frequently seen 2/3 page film advertisement in two colors (red and black), one that was published in seemingly ALL the movie fan magazines that summer. 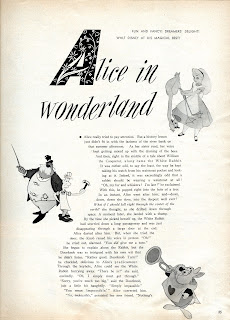 It also sports one of the longer publicity pieces issued for Alice, a 6-page article, the first three of which are illustrated with some very standard black and white stills from the film. 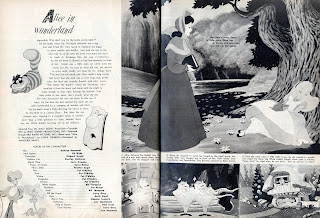 The article is basically a synopsis of the movie, hence the name of the magazine. 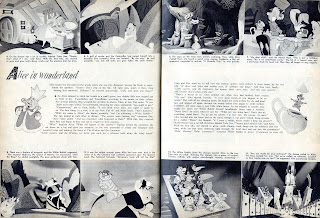 This magazine is notoriously difficult to find in good condition, as the paper is super cheap quality newsprint, thus making it very prone to brittleness and chipping. 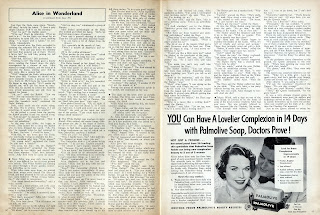 The cover, too, is nearly always slightly damaged at least, due to the way the magazine is constructed, with the interior sets of folded pages (called signatures) stapled together and the cover then glued around the full interior. 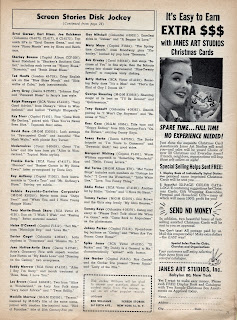 The staples are never flush with the pages ('natch) so invariably they create impressions in the cover, and introduce damage. 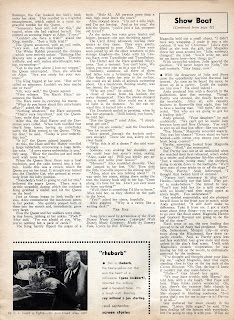