Now this is the kind of thing that I just love.  In 1954 Walt Disney created the Disneyland TV show to promote the upcoming Disneyland theme park.  The show premiered on October 27, 1954, and featured Walt talking all about the park under construction.  An historic event, the first episode of a weekly Disney television show.  But, the second episode was just as much of an historical event as it featured the very first time a Walt Disney feature film was broadcast on television, and that film was "Alice in Wonderland." This press release is dated two days before the series premiere and details the second episode featuring Alice.  It is comprised of three separate 'stories' that could be used to promote the show.  I especially love the letterhead featuring Donald behind the television camera. 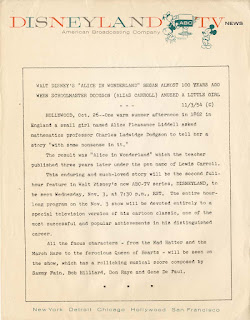 The "Alice" episode was broadcast on Nov 3, 1954 and was heavily promoted, even the TV guide from that week had an extra large listing for the show! 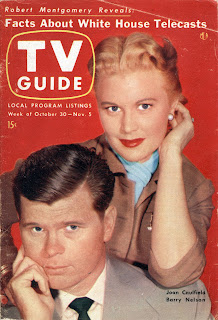 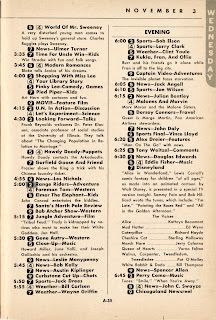 Japan is one of the few countries to release Alice several years after its premiere, 1953 to be exact.  But that doesn't mean they did not have RKO promotional material.  This is one such item, an eight-page program - and one that I had never seen before until recently.

Original release items from Japan are quite difficult to come by, so I was thrilled to acquire this piece.  And I was surprised at how large it is, fully 8 1/2" x 12", which corresponds (most closely) with the standard size kiku 4.

The cover features some art we've seen before, that of the "Up to the Minute News" sheet of legal-sized paper I wrote about here, with an inset of Alice and the Broom Dog from the Tulgey Wood.  Even in 1953 the Japanese were ahead of their time highlighting unusual characters.

The remainder of the program (90% in Japanese) features character blurbs with photos of the actors, and a synopsis of the story with song lyrics to boot.  All in all a fabulous piece. 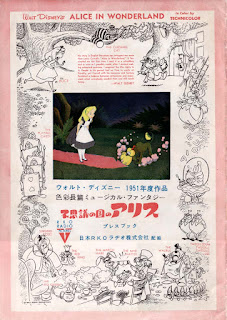 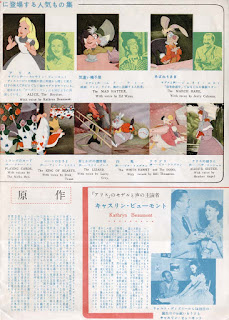 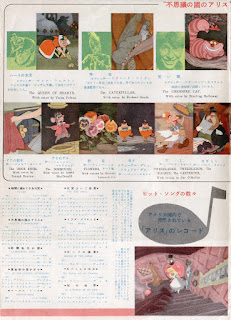 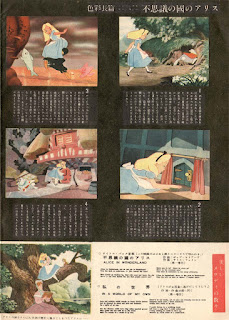 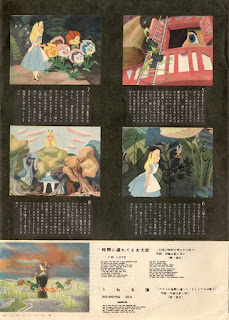 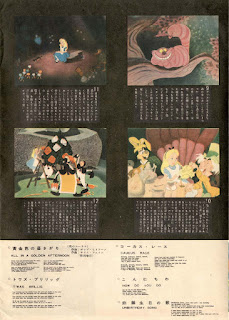 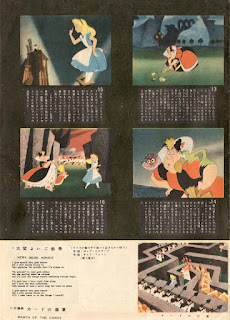 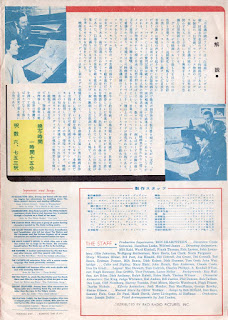 Storyboard of Alice in the White Rabbit's House

There's been a lot of activity here in the Tulgey Wood these past few weeks.  Work has been creeping along to get the collection room back into shape, and that means that I've been through every storage bin and portfolio as we decide what stays and what goes.  We've also started using the gargantuan flat file we purchased about 5 years ago, now as a staging area and eventually as a final home for some of the larger paper thing like posters and large art.

To that end, I've uncovered some art that hasn't seen the light of day in quite some time, including this wonderful painted storyboard of Alice entering the front door of the White Rabbit's house in search of his gloves.  It is unclear who the artist is, way back in the 1990s it was shopped around as Mary Blair, but I'm not sure about that.  Regardless it is a great piece with lots of very nice details.  I especially love the rabbit family portrait headed up the stairs.