A very nice snapshot of the Alice exterior with very cool leaves and the dearly-departed vine. 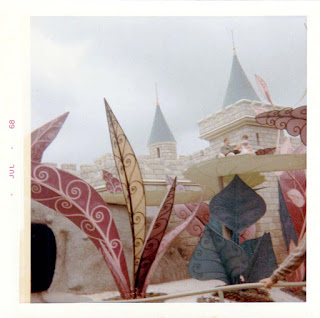 Looks a little overcast on this day, but the colors on the leaves are great!  Well, they are now, I did have to restore this a little.  I think you'll agree it looks better now ;-) 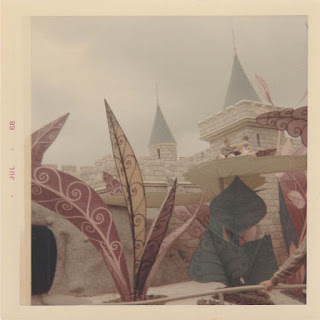 Given the past two days' posts on the DBR records, it seems only fitting to post about their smaller, much more common cousins, the Little Golden Records. 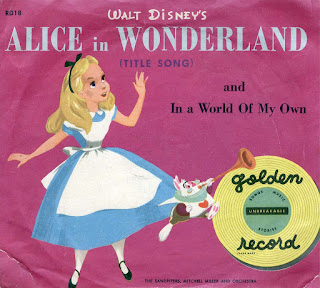 The Disney series of Little Golden Records was introduced very shortly before Alice was released, as can be seen in some of the S&S catalogs of the day, and by the relatively low product numbers on the Alice series of records (RD18-25). 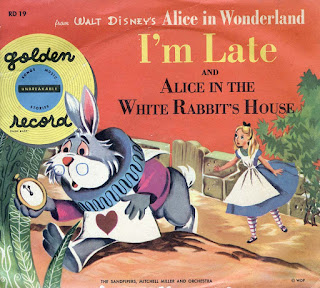 As with most other Alice items from the original release, S&S went all out on this set, and produced eight records for the series, each with full color cover art! 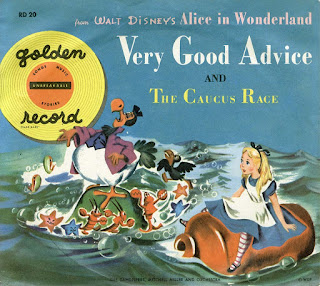 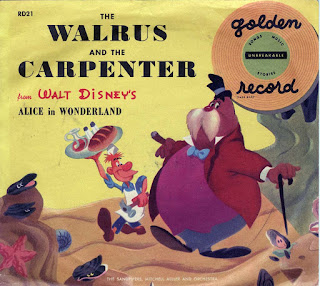 Over the years it has become clear that some of these records are much scarcer than others.  In my experience RD22 (All in a Golden Afternoon) is the hardest to find of the set, 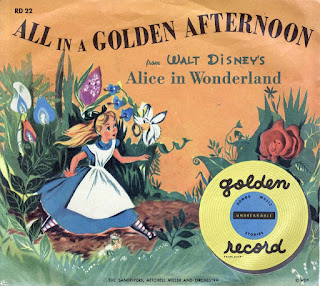 followed closely by RD23 (Alice in Wonderland Meets the Caterpillar and the Cheshire Cat). 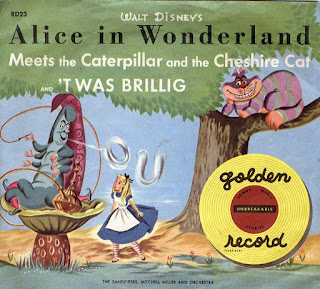 My assumption is that these titles just weren't as popular with kids and they got thrown out more frequently than the others. 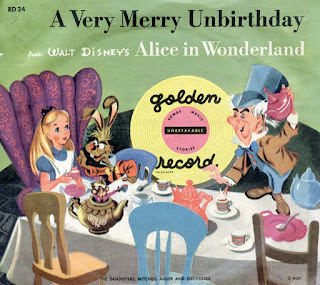 Additionally, all of the titles are difficult to find with their paper sleeves in any kind of decent condition, these were kids records after all, and while the records themselves were designed to suffer a great deal of abuse, the sleeves are just paper. 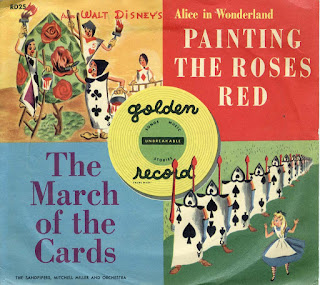 Second in the series, and probably rarer still than Part 1, but who can say for sure?  I've only ever seen two copies of each with their sleeves and maybe an additional 4 of part 1 without.  Regardless, insanely rare doesn't even begin to cover it.  I know the WDL-4015 is rare and valuable, but it is way more common than these. 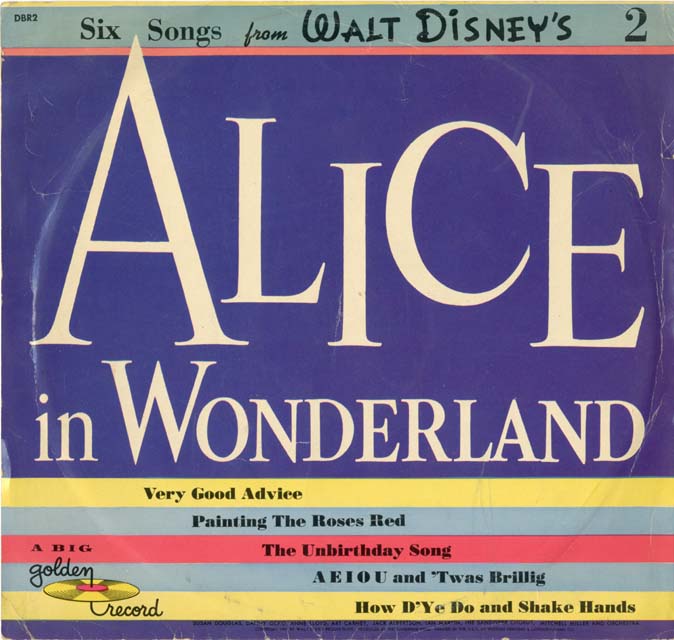 Same additional titles on the back of both parts 1 and 2.  I've seen Peter Pan DBRs too, and a Jiminy Cricket MMC title that escapes me at the moment, but Disney titles in this format are small in number. 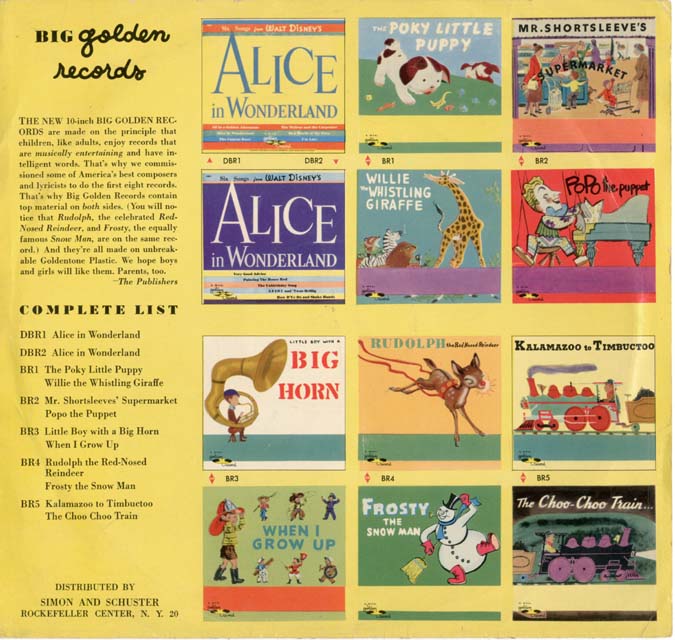 Labels for part 2 are blue rather than purple 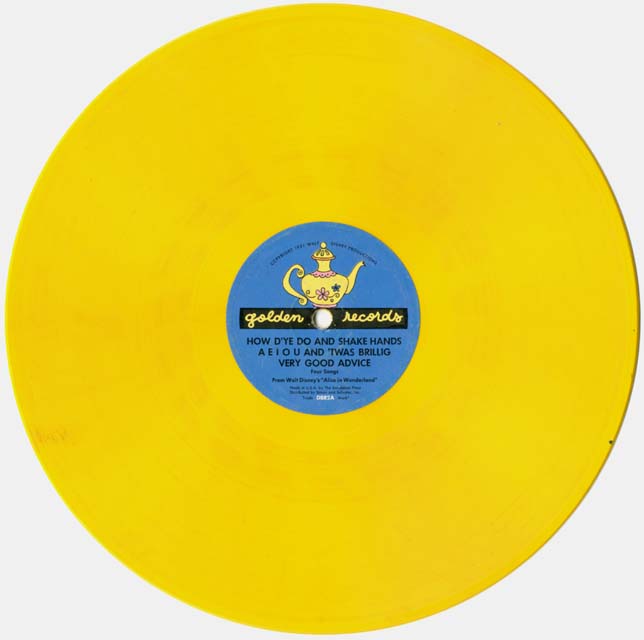 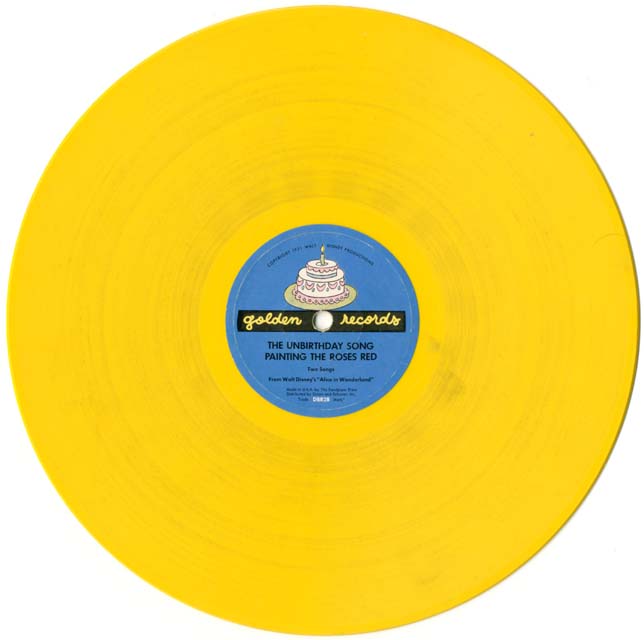 What we have here ladies and gentlemen is possibly the rarest of all the Alice records.  Big Golden Record DBR-1, Six Songs from Alice in Wonderland, Part 1.  Together with Part 2, these comprise the rarest recordings (domestically) that I am aware of. 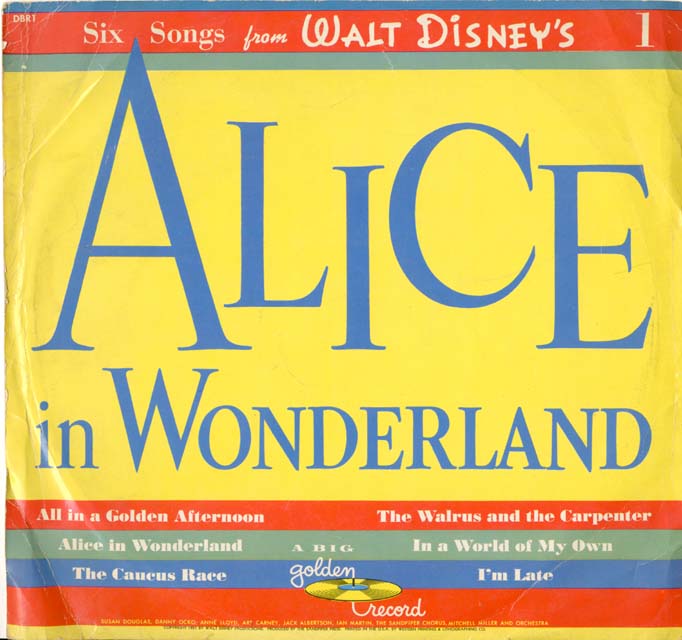 For years no one would believe me that these even existed, as I had no physical evidence, only a single reference in a single printed ad, but I was convinced they did indeed exist. 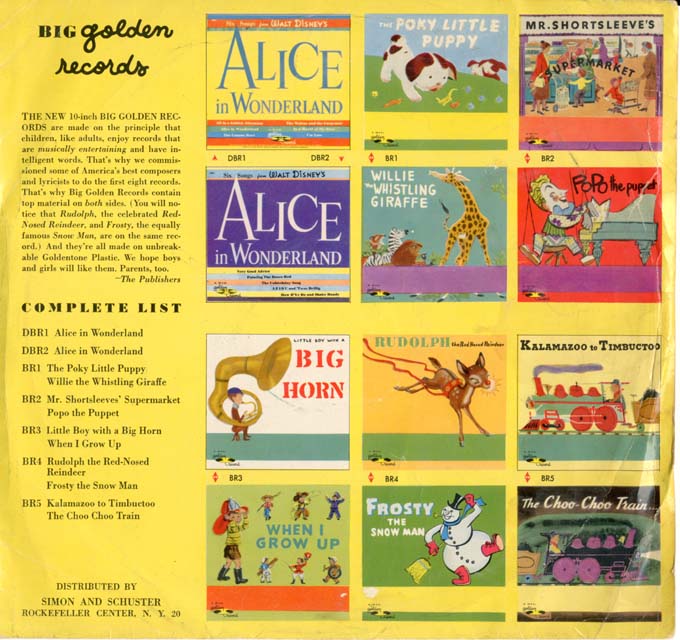 And lo and behold, about 7 years ago I was finally rewarded when I found both in a single lot of old children's records.  Fantastic! 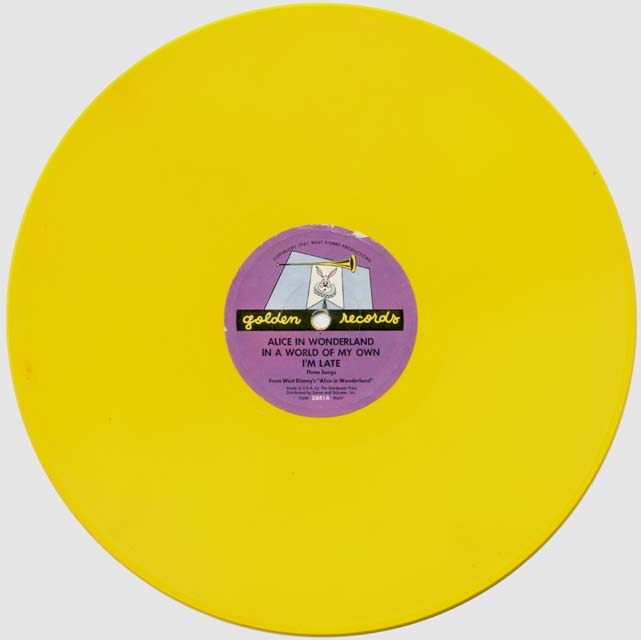 The recordings themselves are nothing special, just a rehash of the same titles on the Little Golden Records, but the format is different.  The size of a standard 78 RPM record, with illustrated labels, and not too interesting sleeves, these must have been short lived indeed, for though there are literally 100s of LGRs, there is only a tiny number of titles in the BGR series. 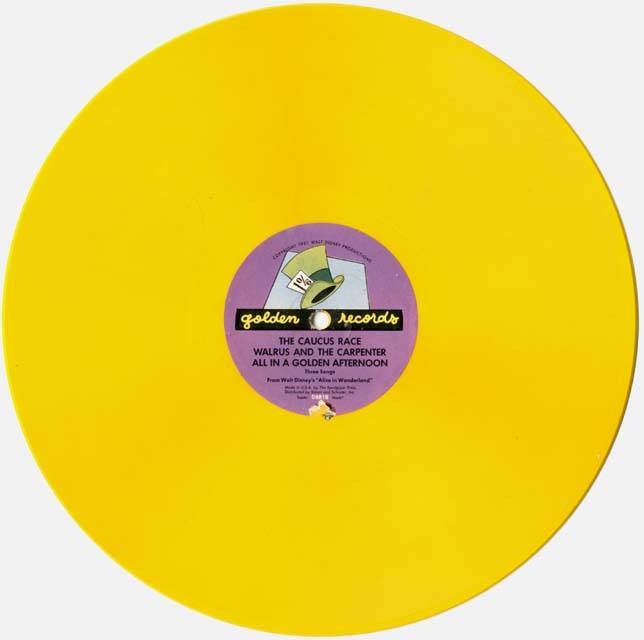 I've heard it said that the DBR nomenclature on these titles stands for Disney Big Record, but have no confirmation of that.  Part 2 tomorrow.
Posted by Matt at 12:00 AM 2 comments

Geppi's Entertainment Museum has (finally!) restored their site and the landing page for the Alice exhibition is back up.  First time I've seen it :-)

Mary Blair Alice in the Bottle on the Sea of Tears

What a cool image, I'm not sure I've ever seen a Mary Blair quite like this one.  I love the fish underwater and bubbles.  And at 8x10 it is quite large. 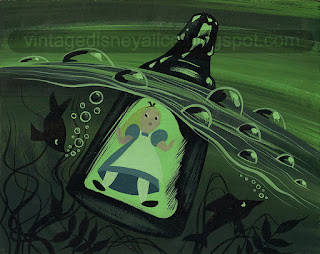 For the first time since 2008 the Lewis Carroll Society of North America (LCSNA) will be having its Spring meeting here in the DMV area, featuring pub night at the renovated Green Dragon (temporarily renamed The Jabberwock), and a visit to the Alice exhibition in Baltimore.  All events Friday and Saturday are open to the public, check the Carroll website for full meeting details.  See you there!
Posted by Matt at 10:41 PM 0 comments

Animation Scoop magazine posted this interview about the Geppi Alice exhibit!  Thanks to Leslie Combemale and Jerry Beck for the coverage :-) 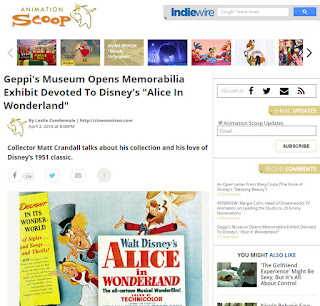 Geppi's online magazine Scoop posted an article on the opening night party for the Alice exhibit (along with Amanda Conner's art exhibit). 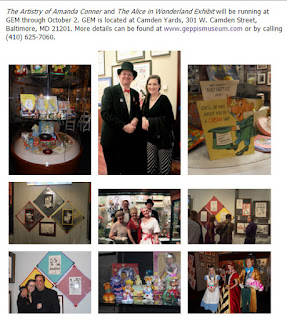 Just in time for today's exhibition grand opening, Scoop, Geppi's online magazine for all things fandom, published an interview with me.  Take a peek!
Posted by Matt at 11:01 AM 0 comments

If you're going, I'll see you tonight! 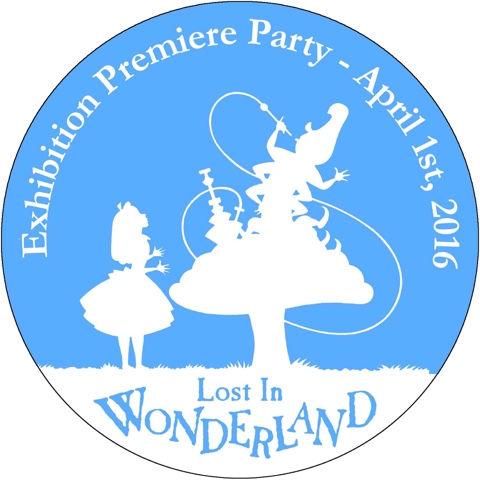