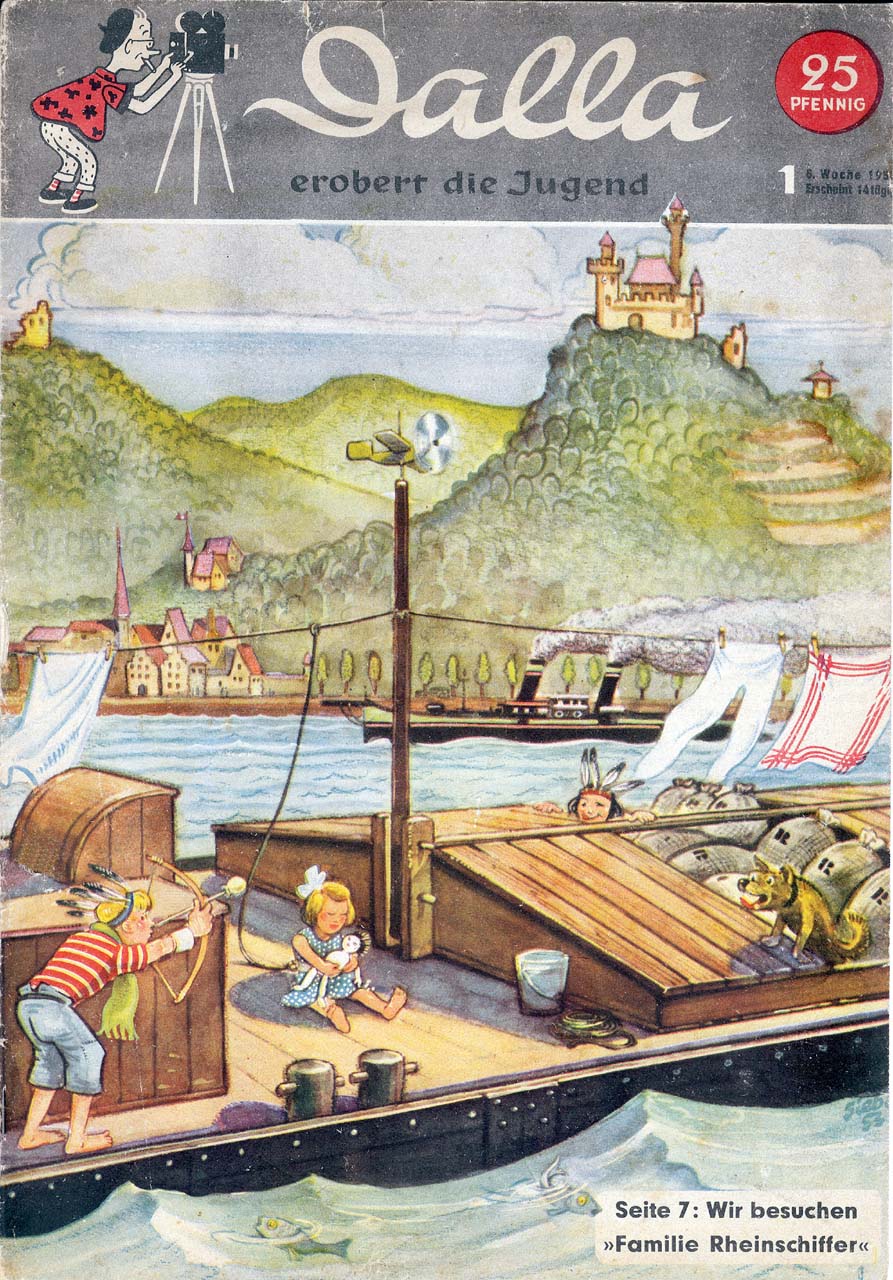 But wait, here is a one page article on Disney's Alice, complete with color photographs from the film.  All are pretty standard fare except the first, which is unusual and not familiar to me from any other publications. 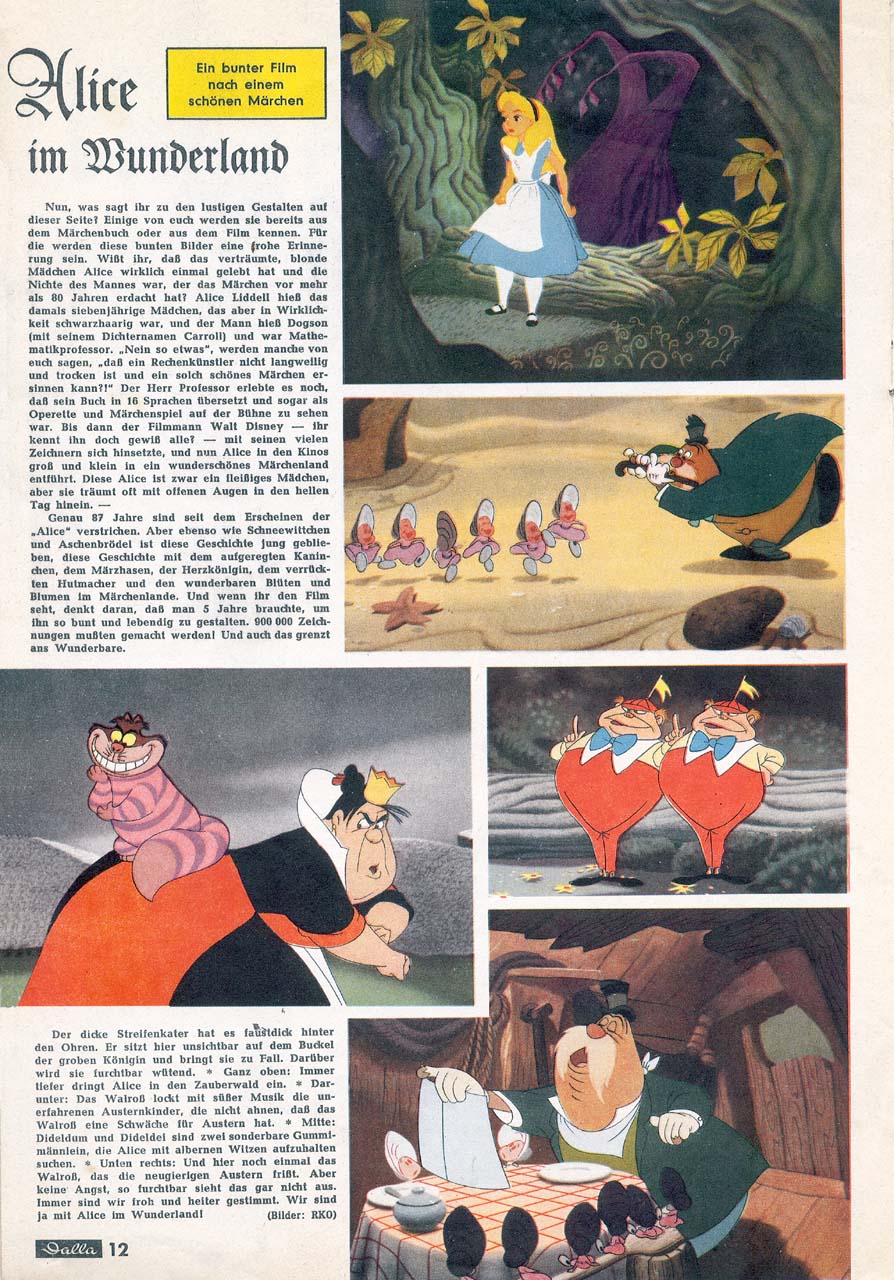 The last picture too is unusual in that it has been reversed for publication.
Posted by Matt at 12:00 AM 0 comments

Thanks to Jerry Beck over at Cartoon Research for alerting me to the existence of this magazine, although it did take me nearly 5 years to locate a complete copy of it.  The September issue is a trove of Alice content, both large and small. 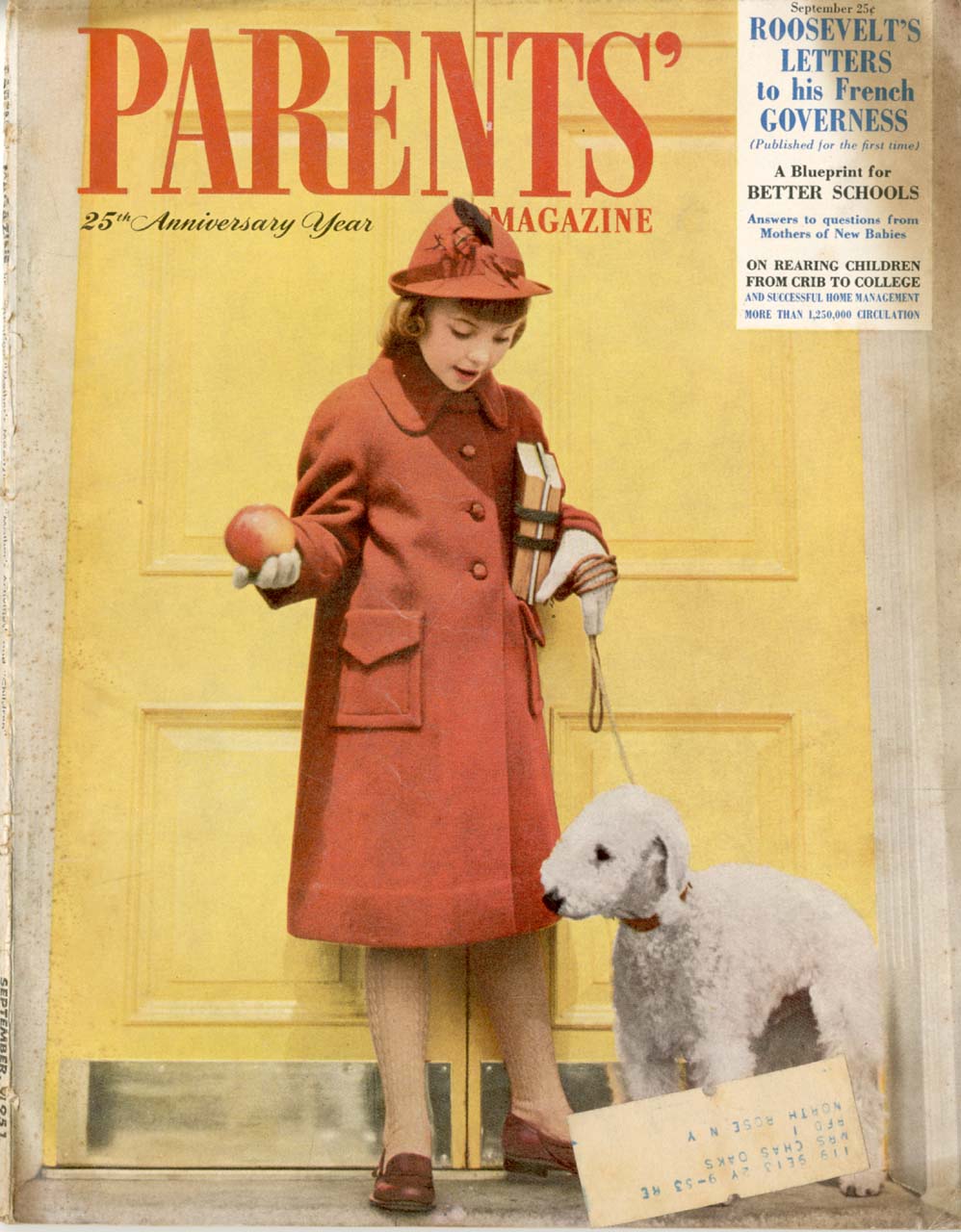 First up is a tiny tiny blurb for Alice in the Family Movie Guide section. 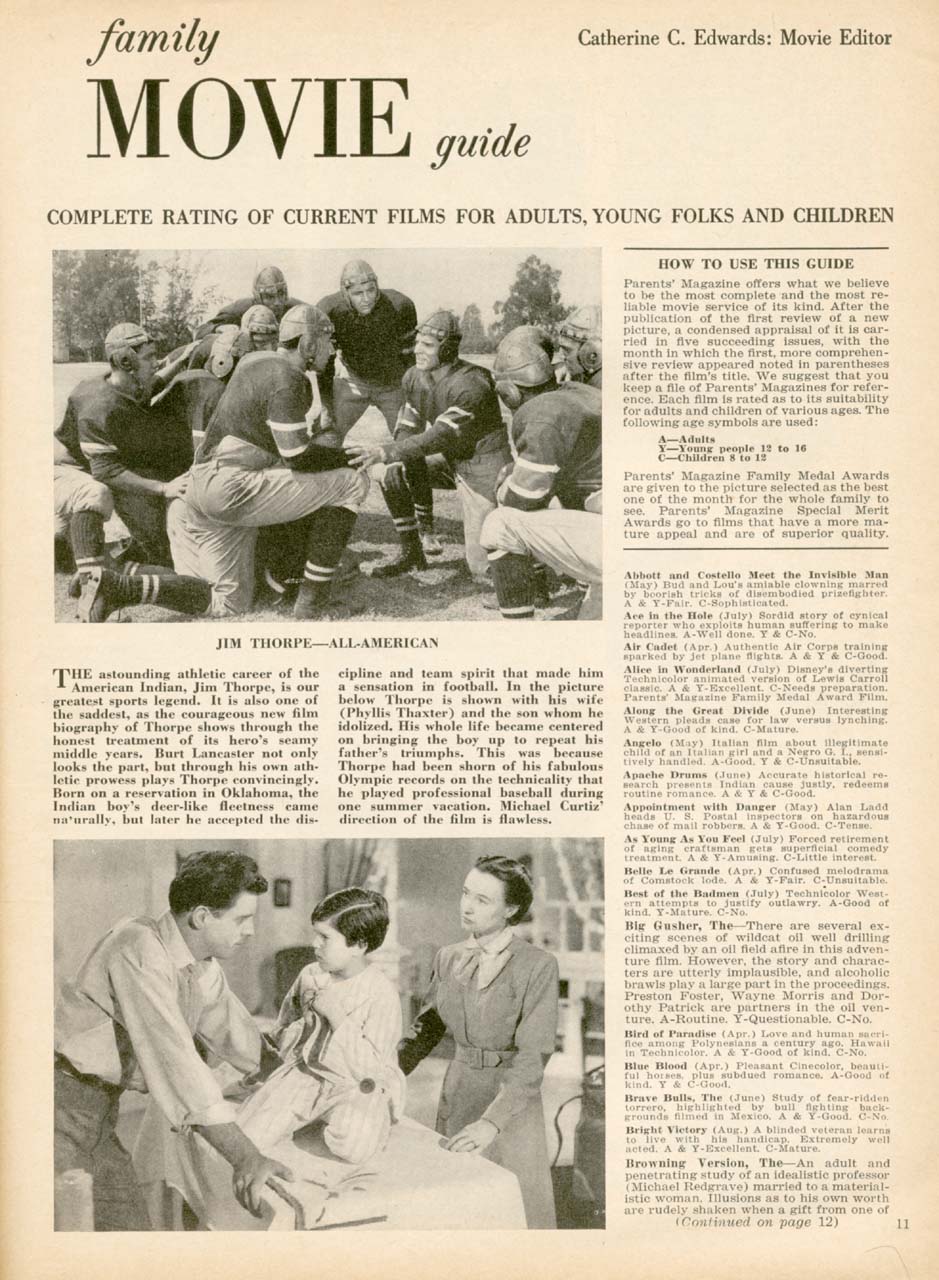 Apparently it is an excellent film for adults and youths but children need some preparation.  And it is a Parents' Magazine Family Medal Award film to boot!

Next up is an ad for an Alice school bag. While not the Disney bags we saw back in this post, it nevertheless exhibits a phenomenon that still occurs today:  third party merchandising.  Seemingly for every Disney movie ever released, there is a slew of other merchandise that is NOT Disney, but riding the publicity wave caused by the Disney film.  In this case, other Alice merchandise not licensed by Disney but still Alice themed.  One of the problems with filming stories in the public domain.

Next up is this great ad for Children's Digest magazine, which I blogged about way back in the first year of the blog, nearly six years ago!  Wow, has it been that long? 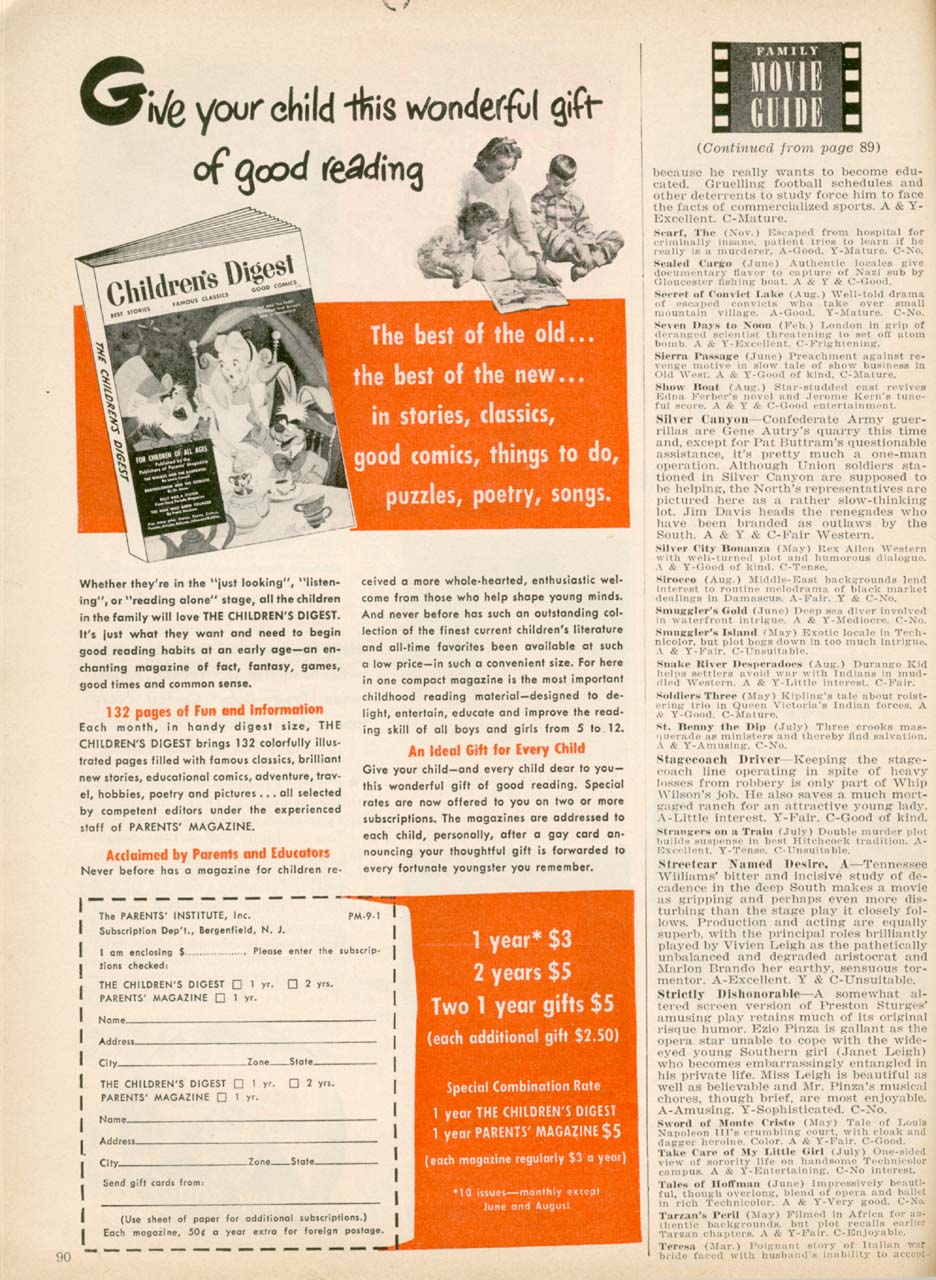 And finally another great ad, this time for Alice in Wonderland themed children's clothing. 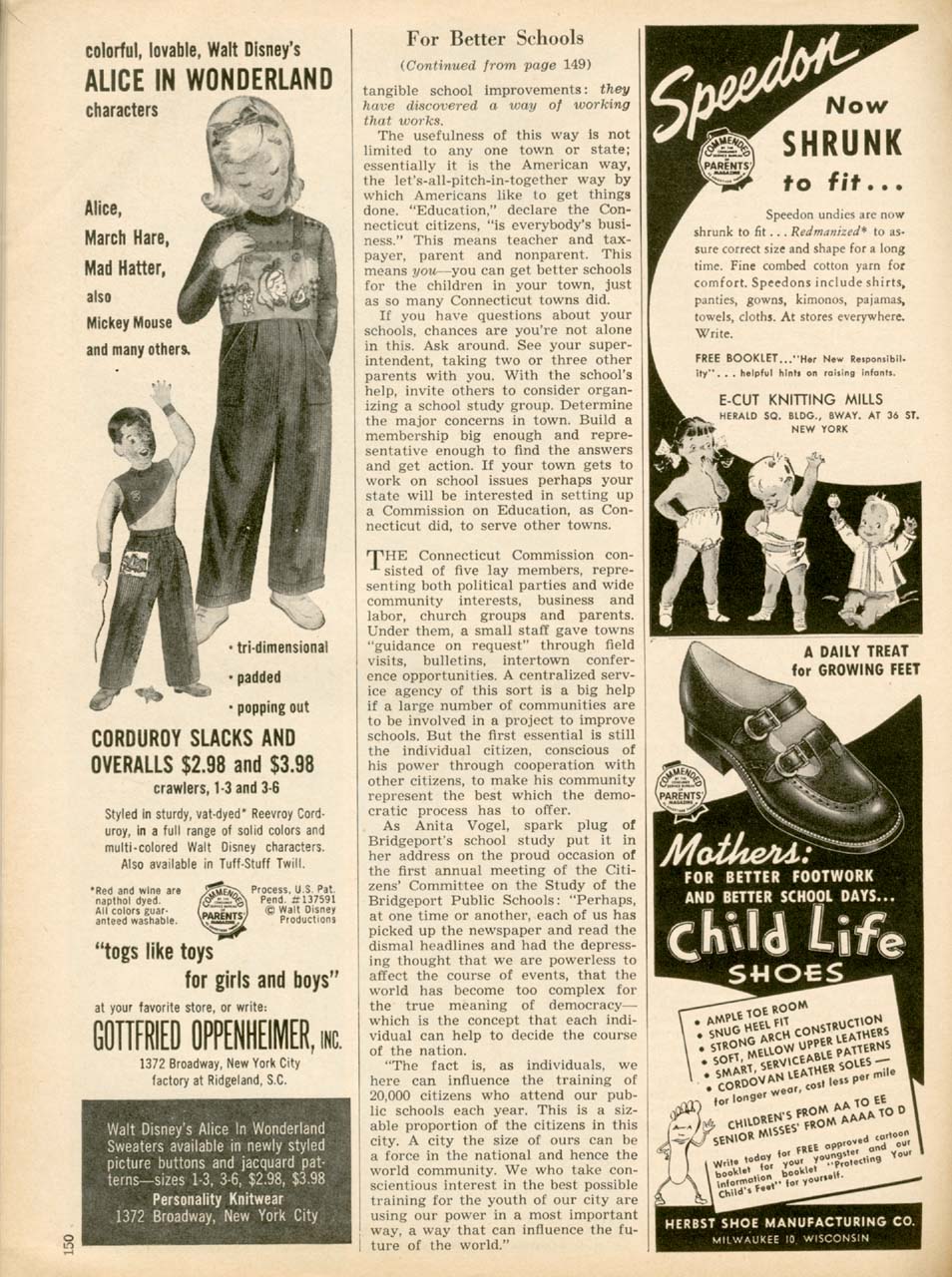 Togs like toys for girls and boys.  What a great tag line.  And this ad solved a mystery that had eluded me for nearly 20 years.  It mentions picture buttons.  I have one of these, but have never been able to figure out from where it came.  Now I know!