From Belgium, a pair of Mickey Magazine issues from its second year, dated November 10th, 1951, just in time for the Christmas release of Alice in Europe. 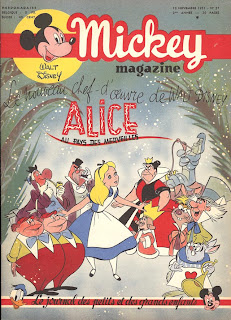 The only thing more difficult than collecting 57 year old comic books from Belgium, is collecting 57 year comic books from Belgium in two languages, and the completest in me must have both the French and Dutch versions. I guess the fact that the French version was also sold in Switzerland and the Dutch version was also sold in the Netherlands is some small consolation. 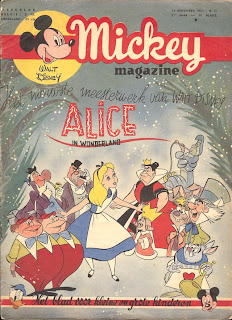 There is no adaptation in this issue, the cover is merely a teaser for the upcoming adaptation that ran in issues 69-86.
Posted by Matt at 7:43 PM

Oh, these are really terrific, Matt!