This is such a strange drawing, I have no idea what it is supposed to be depicting without the captions that would have been pasted to the storyboard.  But it looks like Alice is scooping out marmalade from a smiling jar on her way down the rabbit hole.  I particularly like the treatment of her hair in this drawing. 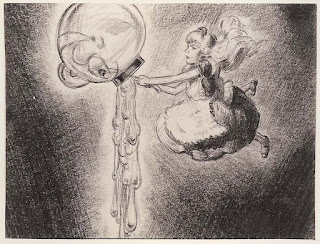 This next drawing shows the aftermath of her reckless scooping as she is now surrounded by giant drops of marmalade, and surprising, some bats! 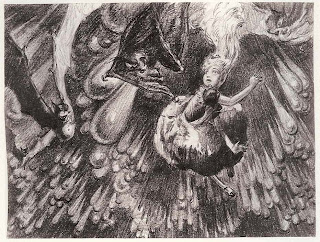 The scarier treatment of the "falling down the rabbit hole" sequence is awesome; it wouldn't really have worked with the 1951 film I suppose, but it would have been amazing.