The next figure is the first repeat of a character in figure form. DIS 88 is the second of three Mad Hatter figures (why?!?). This figure has the quintessential Mad Hatter expression on his face. 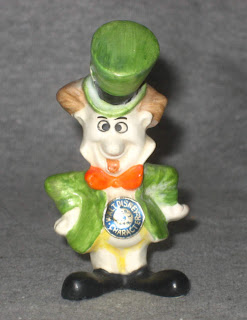 The repeat characters for the Mad Hatter and Walrus in the 1952 series are all smaller than their 1951 counterparts, and their coloring is a little odd when compared with the 1951 series. Perhaps it can be attributed to the differences in style between Zetzmann and Möller, but while some of the modeling is better in the '52 series, in general I think the colors in the '51 are better 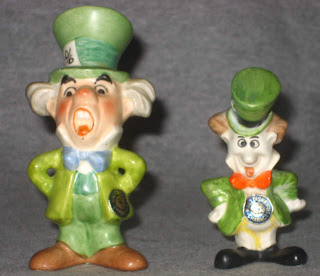