The last of the nodders. In fact the last of the Disney nodders. During the writing of these posts I came to the realization that the ONLY nodders in the Disney series are of Alice characters. This is DIS 97, the third Walrus in the set. TOMART says "standing thick man with stick and cigar as rocking figure". You can see how if you didn't have pictures of the figures it would be difficult to identify who is who, the descriptions for the Tweedles and the Walrus are pretty similar. 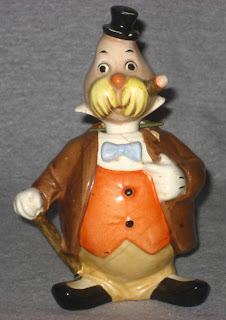 This particular nodder suffered the previously mentioned wrecking ball syndrome. But, it is complete with only a couple of spots where there is loss at a repair site. 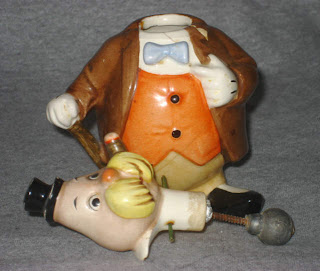