We're entering the home stretch now. Up next are the 1952 nodders. First up is DIS 93, Tweedledee/dum. Unlike the figure, this is a single figure, which could be either of the twins. Rare enough that getting two to make a set is probably not worthwhile, nor likely in any short amount of time. TOMART says "standing thick man as rocking figure". 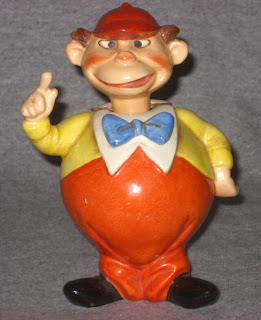 As with the other nodders, the same mechanism is used for the nodding action. 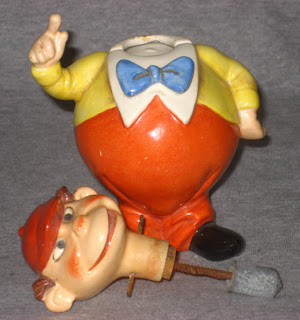 For a nodder, I'd be terrified to nod him. How sad, for a figurine to not fulfill its purpose.